By opting into the web form above you are providing consent for Master Sang's TNT to send you periodic text messages. Standard rates may apply. You can reply HELP at anytime or learn more. You may opt-out anytime by replying STOP.
ACCESS OUR SCHEDULE
& EXCLUSIVE WEB SPECIAL

By opting into the web form above you are providing consent for Master Sang's TNT to send you periodic text messages. Standard rates may apply. You can reply HELP at anytime or learn more. You may opt-out anytime by replying STOP.

It's my pleasure to have worked with master sang who is A true gentleman and even better friend.

I have had a great experience training with Master Sang over the years. If you want to stay fit and healthy whilst improving your confidence and having fun at the same time, this is the place for you!

Benefits of Martial Arts for Children with ADHD 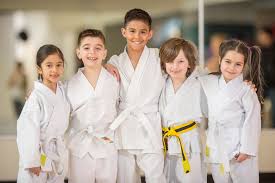 Learning a martial art is an individual endeavor. While you will gain lots of cool training partners to interact with during each class, each student is on his or her own personal journey. People with ADHD sometimes struggle with the pressure of having to compete with others for a spot on a team, so they might be turned off by traditional sports. For example, there is only one point guard on a basketball team. All the kids have to compete for the spot and only one gets it. The others get to ride the bench most of the time. It can easily leave them feeling disinterested.

With martial arts, it is all about self-improvement. Everyone gets to participate during class and there is no pressure to compete with anyone, or feelings of disappointment because you let the team down. Since no one gets benched at the gym, it’s easier for people with ADHD to remain committed to their training.

People with ADHD need attainable goals that are clearly defined. Getting rewarded for reaching these goals gives them a feeling of accomplishment and boosts their self-esteem. When learning a martial art, you get a different colored belt every time you reach a new milestone. The result: you become more motivated to reach the next milestone.

3) Techniques are learned in small chunks

While most martial arts have thousands of techniques, the training curriculum is broken into small chunks, making it easy for people with ADHD to learn. Only one or two techniques are taught during each class, then the students drill them over and over until they become second nature to them. The next class, you learn a few more techniques and the next thing you know, you’ve moved on to the next rank.

Martial arts teach students how to focus and pay attention. That’s something that doesn’t always come naturally for people with ADHD. Martial arts instructors have a knack for detecting students who aren’t focused and they often correct this by asking these students to take a ready stance. This helps them to reset and re-focus. In addition, the instructor typically only spends about 5 to 10 minutes explaining each technique, and it is easier to remain focused for a short amount of time. Once you’ve learned how to focus for about 10 minutes, it will be easier for you to stay focused for longer periods.

5) Provides an outlet for excess energy

The “H” in ADHD stands for hyperactivity and people with the disorder tend to feel restless when they don’t have a way to release all that excess energy. Martial arts give you a positive way to release it while improving yourself. As a result, it will be easier for you to focus on important things.